Modern Princess, the fragrance of a contemporary Lanvin rebel 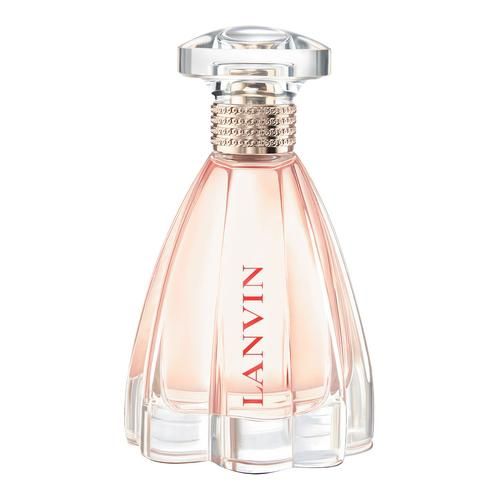 We are in 1889 and the Eiffel Tower has just emerged from the ground, when Jeanne Lanvin opens her first store at 22 rue du Faubourg St Honoré, in Paris. This very special address for Jeanne is still the headquarters of the Lanvin brand …

125 years later, the brand decided to tell its entire story on its “Histoire Lanvin” website, so that everyone can access the fabulous story of Jeanne Lanvin. After numerous olfactory successes, in 2016 the brand unveiled “Modern Princess” , a fragrance that is both radiant and rebellious.

A new vision of the Lanvin woman

For this new fragrance, the Lanvin brand has decided to explore a new vision of women. For the occasion, the woman will be rebellious! Yes, Lanvin innovates with the vision of a woman different from that of its latest fragrance “Éclat de Fleurs”.

“Modern Princess” portrays an adventurous, free woman who assumes her choices. The modern woman today is both versatile and multifaceted and does not hesitate to show off her character. More determined than in the past, the Lanvin woman (and surely the “straightforward” woman) is no longer allowed to do so. Mysterious and sexy, she quickly displays a “princess attitude”. “Modern Princess” accepts her rebellious side, her hidden side and her spirit of freedom, which she bravely claims.

Lanvin’s modern princess thwarts all the codes of seduction in order to impose her vision of things. Between freedom and intensity, “Modern Princess” has not finished dazzling us …

Modern Princess and its fruity notes

Christophe Raynaud, the perfumer who created the composition of “Modern Princess” explains that he was inspired by the color red to imagine this fragrance, and affirms “Red is synonymous with passion, sensuality and intensity. It is the color of love, but also of the forbidden. It is an irresistible and fascinating allure, tempting like an addictive fruit ”.

“Modern Princess” is defined as a juice that is both fruity and floral and begins with an invigorating, juicy and tangy blend of “Pink Lady” apple and currant. The heart of “Modern Princess” is ultra floral and feminine to perfection with the association of jasmine and freesia. The base will leave a sensual, enveloping trail, offering an ultimate dose of emotions. To do this, the base combines white musks, vanilla, blond wood and orchid.

While its base is pleated, its cabochon is adorned with a chain around its neck. The beauty of the glass reveals the color of a tender and romantic rosé juice. Finally, the name of the brand is inscribed in red, thus echoing the inspiration of the perfumer.